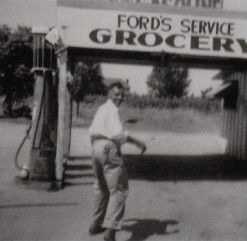 ** THIS SCHOLARSHIP IS CURRENTLY ON HOLD **

Born in 1889, Daniel Campbell Ford’s formal education never exceeded the second grade level.  In his teens he became a coal miner in Tennessee and started a family.  Ford despised working in the mines and especially despised the thought of any of his children joining him in the mining profession one day.

Daniel wanted more opportunity for his children and desired that each would receive a quality education.  He decided to sell everything he could and move his family to California. On August 14, 1921, he arrived in California with little more than a dream.

Following his arrival in California, Ford spent many years as a migrant farm worker. He eventually became a small business owner, operating a small grocery store and gas station.